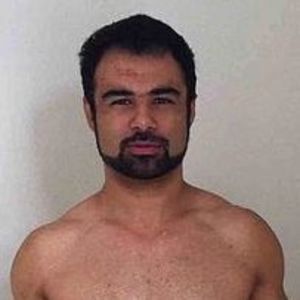 Pakistani mixed martial artist who is known for having earned representation from the ONE Championship sports media outlet. He competed in the featherweight division and specializes in Muay Thai and Brazilian Jiu Jitsu.

He joined the Virginia National Guard in 2002 and was later deployed in Iraq in 2004. He came to Pakistan in 2007 where he started competing in MMA throughout his home country. After training in Thailand in Muay Thai, he returned to Pakistan and opened his own MMA Training gym in 2009.

He is known for having been the first Pakistani to fight MMA on an International Platform when he made his ONE Championship debut in April of 2013.

He was born in Faisalabad in Punjab, Pakistan but moved to Great Falls, Virginia at the age of three where he was raised.

Other professional MMA fighters also known for competing as part of the ONE Championship circuit include Angela Lee and Kairat Akhmetov.

Bashir Ahmaad Is A Member Of