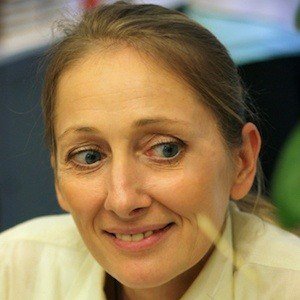 Polish journalist, photographer, and writer known for documenting her travels in newspapers and magazines as well as a series of books. She's also hosted several radio and TV programs.

She studied Hungarian and English, but did not complete her courses in either subject. She started working in radio in 1990.

Along with her travel writing, she's also published books about psychology and eating as well as fiction.

She and Wojciech Cejrowskim got married in 1994, although the marriage was never officially recorded by the state and they later broke up.

She and Anita Werner are both well-known Polish journalists.

Beata Pawlikowska Is A Member Of