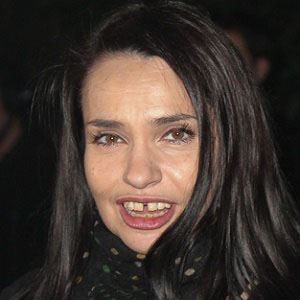 After working for a time as a model, she made her acting debut in the 1986 Jean-Jacques Beineix film 37°2 le Matin.

During the 1990s, she was arrested on charges of theft, assault, and drug possession.

She was cast opposite Vincent Gallo in the 2001 horror movie Trouble Every Day.

Beatrice Dalle Is A Member Of