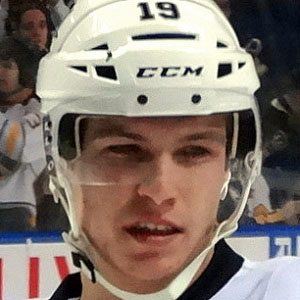 Well-rounded forward and right winger who debuted in the NHL for the Pittsburgh Penguins in 2012. He was later traded to the New Jersey Devils in 2016.

He was selected 20th overall in the 2010 NHL Entry Draft, making him the highest-drafted Californian born player in NHL history.

He helped the Penguins win a Stanley Cup Championship in 2016.

He grew up in Gardena, California the son of Kirk and Louanna Bennett. He graduated from Valley Christian High School.

He joined All-Star center Sidney Crosby on the Penguins in 2012.

Beau Bennett Is A Member Of