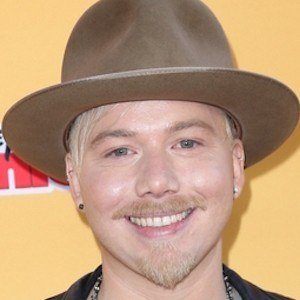 Singer, songwriter and multi-instrumentalist who has done the music for the TV series' Miles from Tomorrowland and Penn Zero: Part-Time Hero. He has composed additional music for Burn Notice, Make It or Break It, Pretty Little Liars, 90210, Jake and the Never Land Pirates, The Lion Guard and more.

He performed on stage as early as the age of five, singing the song "Let's Lock the Door." He taught himself to play the guitar and drums when he was 14 years old.

His discography includes albums titled Meant to Be and Perfect Day, as well as an EP called Halfway There.

His father Jay Black in a group called Jay and the Americans. He is the youngest child of Jay.

He composed music for an episode of The Hard Times of RJ Berger, an MTV series starring Paul Iacono in the title role.

Beau Black Is A Member Of