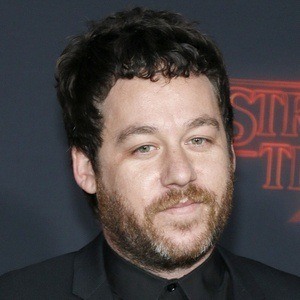 American composer who contributed to the soundtrack of the series Stranger Things as part of the synthesizer-heavy band S U R V I V E.

He previously worked as a software designer for a number of years.

Though his band is a quartet, only he and Michael Stein worked on the soundtrack of Stranger Things.

He is from Austin, Texas.

His band S U R V I V E had a number of songs in the 2014 movie The Guest which starred Dan Stevens.

Kyle Dixon Is A Member Of