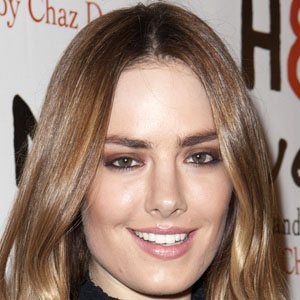 Best known for her childhood and consumerism-themed modern art exhibitions, this painter, sculptor, and photographer produced Barbie and Hello Kitty-based series of artworks. Also a model and actress, she appeared in photo spreads for California Style Magazine and Vogue Italia and had guest roles on such television series as Entourage and CSI.

After graduating from The Buckley School in the Los Angeles area, she earned a bachelor's degree in art from Pepperdine University.

In 2013, she and her brother Steven created a fashion line called "Plastic."

Her mother, Laura Dunn, also had a career as a model and actress. In 2017, she married New Zealand-born financier James Fay.

After seeing her Barbie artwork at Los Angeles' ACE Museum, screen actor David Arquette bid on one of the works in the series.

Beau Dunn Is A Member Of