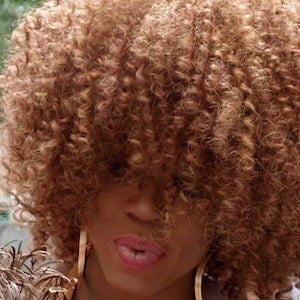 She was working at a fashion show in Paris when a runway model failed to appear. She was then asked to dress as woman and walk in the model's place.

She has also worked as a male model.

Her real name is Nea Marshall Kudi Ngwa. She was born in Cameroon.

She was succeeded by Tyra Sanchez as the winner of RuPaul's Drag Race.

BeBe Zahara Benet Is A Member Of