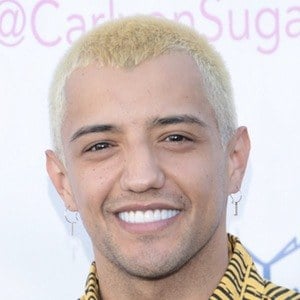 Singer and Instagram phenomenon with 290,000 followers who gained fame as the older brother of singer Luis Coronel. He has served as a host and music promoter for Empire Productions. He released the single "Rompeolas" in 2019.

He grew up with his family in Tucson, Arizona.

He created a relatively popular YouTube channel called BebeCoronelOfficial in October of 2014.

He has two other siblings besides Luis.

An avid fan of MMA and boxing, he follows both Conor McGregor and Floyd Mayweather Jr.

Bebe Coronel Is A Member Of