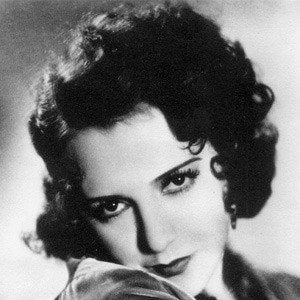 Child actress who gained fame for her work in musicals, including 42nd Street, and eventually appeared in over 200 films.

She began acting at age four in a production of The Squaw Man and played Dorothy in the short film The Wonderful Wizard of Oz.

She turned to radio acting later in her career, acting for a decade in the radio sitcom Life With The Lyons.

She had a son named Richard and a daughter named Barbara.

She was awarded the Medal of Freedom by President Harry S. Truman for her service in World War II.

Bebe Daniels Is A Member Of