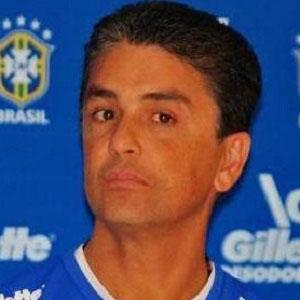 Forward who won a World Cup Championship in 1994 with Brazil. He scored 39 goals in 75 appearances for the Brazilian national team and had his most club success with Flamengo, Vasco de Gama and Deportivo La Coruna.

He first played professionally for the Brazilian team Esporte Clube Vitoria in 1983.

He entered politics after retirement and in 2010, he was elected to Rio De Janeiro's Legislative Assembly as a member of the Democratic Labour Party.

His father Mattheus was a professional soccer player as well.

He played with the legendary Ronaldo on the Brazilian national team.

Bebeto Is A Member Of