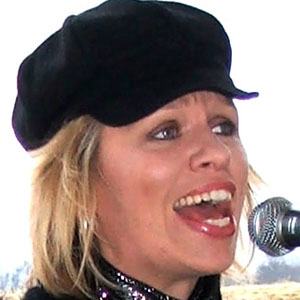 Australian singer and songwriter known for Little Victories and other country western albums.

She was born Rebecca Diane Thompson in Glenelg, South Australia.

She was the recipient of nine Golden Guitar Awards between 1997 and 2011.

She co-wrote the song "Lazy Bone," with her ex-husband, Mick Albeck, with whom she had a son with before coming out as a lesbian.

Beccy Cole Is A Member Of