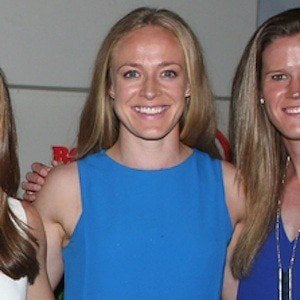 Defender who made her senior career debut in 2005 for the Boston Renegades. She joined the U.S. women's soccer team in 2008. She helped the team win gold at the 2012 Olympics and finish in first place at the 2015 and 2019 World Cups.

She played college soccer for the University of Virginia, where she became the school's first player to be named an All-American three times.

She joined FC Kansas City in 2013, the first season of the NWSL, and was named Defender of the Year.

Her parents' names are Scott and Jane. She began dating Zola Short in 2016.

She won a gold medal at the 2012 Olympics while playing alongside Hope Solo on the U.S. women's soccer team.

Becky Sauerbrunn Is A Member Of