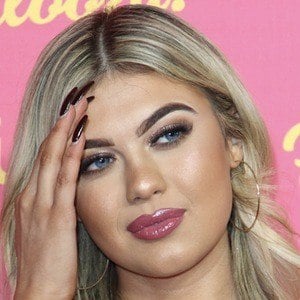 British reality television personality and makeup artist whose fame reached new heights after she joined the 2019 cast of Love Island. She's very popular on Instagram where she posts on-set photos for over 1 million followers.

She launched her own business called Makeup By Belle.

Her first on-screen appearance was in the 2004 film The Football Factory.

Her father Tamer Hassan is a well-known actor.

She milked goats during her first date with Anton Danyluk on Love Island.

Belle Hassan Is A Member Of