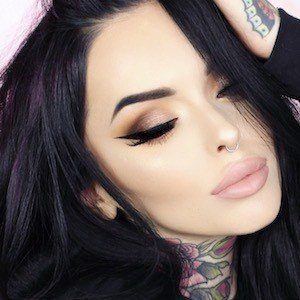 YouTube star who is widely known for her self-titled channel's content. She has gained popularity there for her themed makeup tutorials and haul unboxings.

She was raised in Brighton, England and moved to London when she met her husband Antony.

She and Jamie Genevieve are both known for their themed YouTube makeup tutorials.

Belle Jorden Is A Member Of