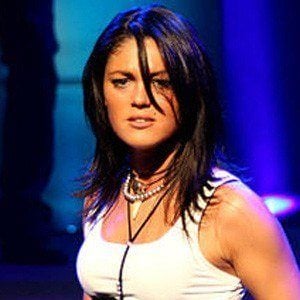 Flemish musician who wrote many hit Latin and pop songs. She achieved great fame in Belgium and the Netherlands.

She took a liking to music at the age of five and was discovered at a musical talent contest by Patrick Renier when she was 21. Renier would become her manager.

She was first noticed in Belgium when she competed at the 1999 Eurovision Song Contest. Her star shone even brighter in 2006 when she performed in the country's biggest events and released Gotitas De Amor, her much-anticipated album.

She was born in Neerpelt, Belgium. She married longtime boyfriend Mario Winters in 2000, but they split in 2008, after which she began dating Dutch jewel designer Wouter van der Horst. They later ended their relationship.

Belle Perez Is A Member Of