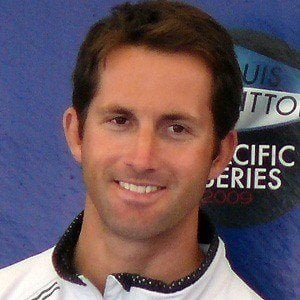 He started sailing seriously at the age of eight, and by twelve took part in his first international competition.

With his fourth Olympic gold medal along with a silver, he became the most successful sailor in the history of the Olympic sport.

His father Roddy Ainslie had a boat in the inaugural Whitbread 'Round The World Race. He married Georgie Thompson in 2014.

Ben Ainslie Is A Member Of