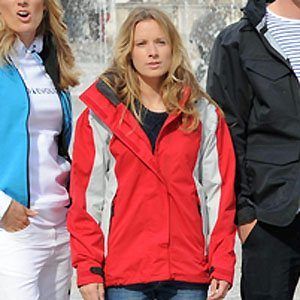 Former junior world champion in sailing who teamed up with Saskie Clark to win the silver medal in the 470 class at the London 2012 Olympics.

She began training in sailing at the Cardiff Sailing Centre at 8 years of age.

Two months before her medal-winning run in 2012, she and Clark won the gold medal in the Women's 470 at the World Championships in Barcelona - the first British team to do so.

She was born in Cardiff, Wales.

When news came of her selection to the Olympics, she got a warm congratulations from Snoop Dogg, who appeared in a Cardiff City t-shirt on YouTube to give her a big shout out.

Hannah Mills Is A Member Of