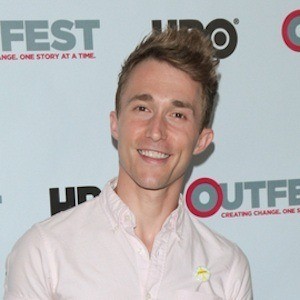 Actor who is famous for his role as Alex on the LGBTQ-themed web series Hunting Season from 2012-2015. He also created his own web series #Adulting in 2016, in which he also starred.

He graduated from the American Musical and Dramatic Academy. He earned his first guest starring TV role in 2007 on the series Nip/Tuck.

He earned his second Indie Series Award nomination for best lead actor in 2017 for his work on his web series #Adulting. He was named to Out Magazine's Out100 list in 2015.

He appeared alongside Billy Eichner on his TV series Difficult People in 2015.

Ben Baur Is A Member Of