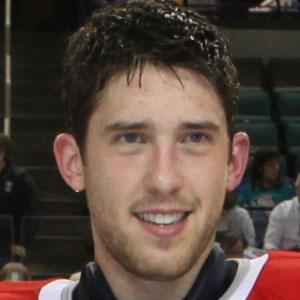 Goaltender nicknamed "Big Ben" best known to NHL fans as a member of the St. Louis Blues, Ottawa Senators and Tampa Bay Lightning. In 2013, he won a bronze medal representing the United States at the Ice Hockey World Championships.

He grew up in Des Peres, Missouri and played youth hockey for the Kirkwood Stars in St. Louis.

At 6'7", he became the tallest goaltender ever to play in the NHL.

His parents are Ben and Cindy Bishop. His grandfather was a professional tennis player. He began dating Andrea Talmadge in 2015.

He replaced an injured Jaroslav Halak during the 2010-11 season.

Ben Bishop Is A Member Of