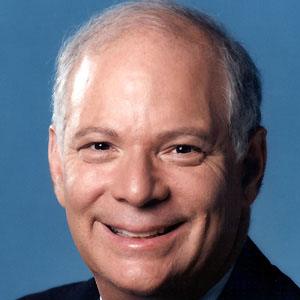 Politician and Democrat who became a US Senator from Maryland in 2007 after saving in the US House of Representatives for twenty years. He was also the 103rd Speaker of the Maryland House of Delegates from 1979 to 1987.

He graduated first in his class from University of Maryland School of Law in 1967 before entering a private practice.

He was listed as the third most liberal Senator in 2010 by the National Journal.

He has one daughter and granddaughters with his wife Myrna Edelman Cardin.

He won election to the Senate against his Republican challenger Lieutenant Governor Michael Steele.

Ben Cardin Is A Member Of