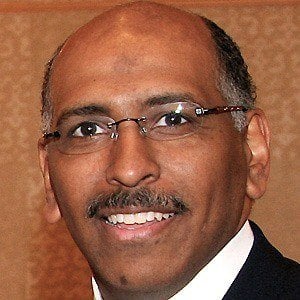 From 2009 to 2011 he served as the first African-American chairman of the Republican National Committee. After he lost his chairmanship he joined MSNBC as a regular political analyst.

He was on track to become a Catholic priest but dropped out before he could be ordained.

He was the first African American elected to statewide office in Maryland when he became the state's 7th Lieutenant Governor of Maryland in 2003.

His former brother-in-law was boxing champion .

He was the Republican Party's first African American chief and was nominated shortly after Barack Obama's election.

Michael Steele Is A Member Of