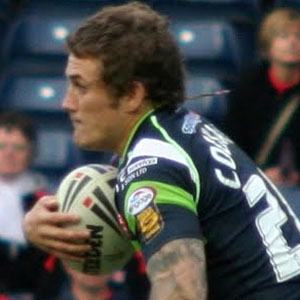 Rugby league footballer from England known for his two separate stints with the Hull Kingston Rovers. He won a National League 1 Grand Final with the team in 2006.

He began his amateur career with the Normanton Knights and turned professional in 2004 with Hunslet.

While playing for the Rovers, he has done double duty as an assistant coach for the Knights.

He and New Zealand's Andrew Ellis have both played for Kingston Hull.

Ben Cockayne Is A Member Of