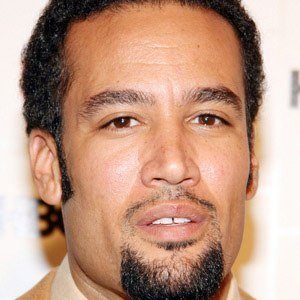 Grammy Award-winning singer and guitarist, known for his variety of musical styles, including blues, soul, rock, and reggae. He has released over 15 solo studio albums throughout his ongoing career.

He refined his guitar playing skills, imitating the styles of many famous artists like Robert Johnson.

His album There Will Be a Light became a Platinum-certified album in Australia, France, and New Zealand. In 2014, he won Best Blues Album at the Grammy Awards.

He saw Bob Marley perform in Burbank, California when he was nine years old and it inspired him to pursue music.

Ben Harper Is A Member Of