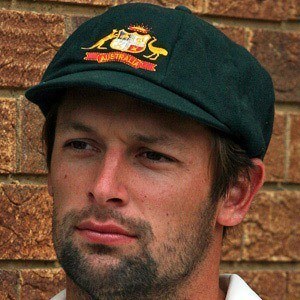 Bowler who made his domestic debut in 2005 for Tasmania. He then joined both the Hobart Hurricanes and the Chennai Super Kings in 2011.

He attended Commonwealth Bank Cricket Academy before earning a rookie contract with Tasmania.

He made his international test debut for Australia in 2009.

He was born in Ulverstone, Tasmania.

In 2007 he earned his first One Day International wicket against Brendon McCullum.

Ben Hilfenhaus Is A Member Of