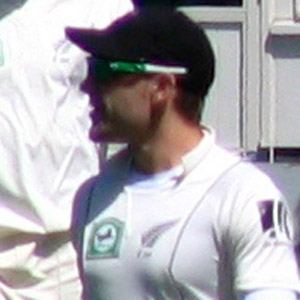 Former New Zealand captain regarded as one of the Black Caps' best batsmen of all time. The first New Zealander to score a triple century, he retired with second-most Test runs scored in his country's history. He served as captain in all three forms of the game.

He has two children, Riley and Maya, with his wife Elissa Arthur.

When he retired, he was second only to Stephen Fleming for Test runs scored all-time by a New Zealand cricketer.

Brendon McCullum Is A Member Of