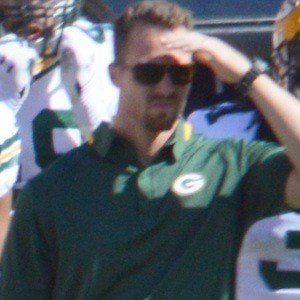 American football coach who was named head coach of the New York Giants in January of 2016, taking over for Tom Coughlin. He'd spent the previous two seasons as the team's offensive coordinator.

He attended Indiana University Pennsylvania and started coaching at his old high school while attending college. He became a graduate assistant for Michigan State University in 2001.

He served as an assistant coach with the Green Bay Packers from 2006-2013, winning a Super Bowl in 2011. He was also a coach at Fairfield University in 2002, the program's last season in existence.

His career has been heavily linked to Mike McCarthy, with whom he coached in San Francisco as well as Green Bay.

Ben McAdoo Is A Member Of