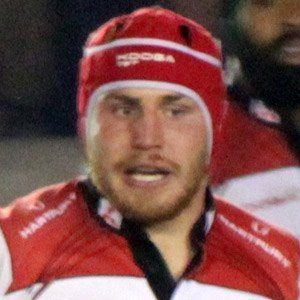 Number eight player who made his senior debut in 2012 for Gloucester, and his international debut for England that year as well.

He played junior rugby at Dursley.

In his first year of international play, he won man of the match award in the Six Nations Championship final.

He has played alongside Chris Robshaw on England's national team.

Ben Morgan Is A Member Of