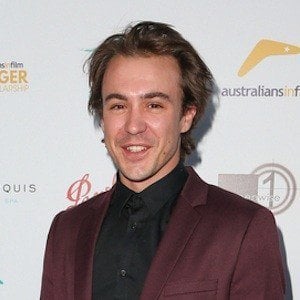 Big and small screen star who made a name for himself scoring small roles in acclaimed films like Hacksaw Ridge, The Water Diviner, and 2017's Detroit. He also portrayed Pete in the television series Love Child.

One of his first major acting credits was playing Justin in the 2011 series Sintillate Studios.

In 2017, he was cast alongside Chris Hemsworth in the 2018 war film Horse Soldiers.

Originally from Brisbane, Australia, he would later work in Los Angeles, California.

In the historical film Detroit, he starred opposite John Boyega, Will Poulter, and Algee Smith.

Ben O'Toole Is A Member Of