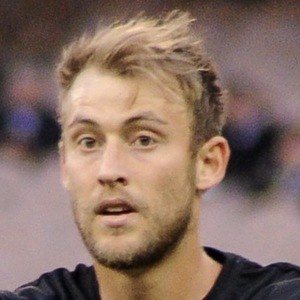 Australian rules footballer who began his career in the Australian Football League with Collingwood in 2007. He was an AFL Rising Star nominee in 2010 and won the AFL Premiership with the team the same year.

He played for teams like the Murray Bushrangers in TAC Cup before being drafted by Collingwood in the 2006 AFL Draft.

When he made his AFL debut in 2007, he was the youngest player in the league at the time.

His father is Bruce Reid, who played for Footscray and Carlton. His younger brother Sam has also played in the AFL.

He and Darren Glass were both named to the 2011 All-Australia team.

Ben Reid Is A Member Of