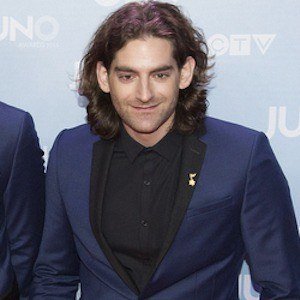 Singer and bassist best known for his work with the band Magic! Their 2013 single "Rude" peaked at the top spot of the Billboard Top 100.

He studied jazz at Humber College and was a founding member of the Julian Taylor Band.

His solo career includes a self-titled album in which he plays most of the instruments, including guitar, bass, and keyboard.

He hails from Toronto, Canada.

He met Magic! guitarist Mark Pellizzer after moving to Los Angeles and was soon after asked to join the band.

Ben Spivak Is A Member Of