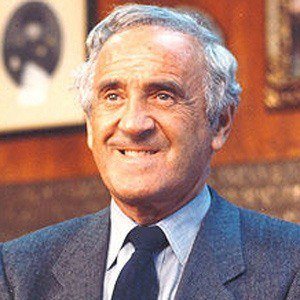 Co-founder of the International Federation of BodyBuilding & Fitness who was also known for his knowledge of Napoleonic history.

He grew up in Montreal, Quebec, with his family. He had co-founded IFBB with his brother Joe.

His first star was Arnold Schwarzenegger, whom he and his brother called the Austrian Oak.

Ben Weider Is A Member Of