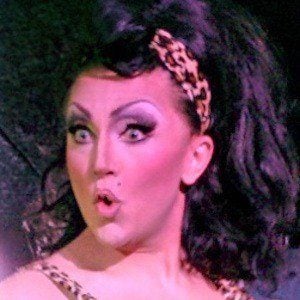 Drag performer who came to fame as a member of the sixth season of the Logo TV reality competition series RuPual's Drag Race. His name is a play on the French term "creme de la creme," meaning "cream of the cream."

He was bullied as a child for being overweight and began performing in drag in various theaters and nightclubs 2002.

He won the title of Miss Congeniality during the reunion special for season six of RuPaul's Drag Race.

His real name is Benjamin Putnam. His mother passed away from cancer when he was 13 years old.

BenDeLaCreme Is A Member Of