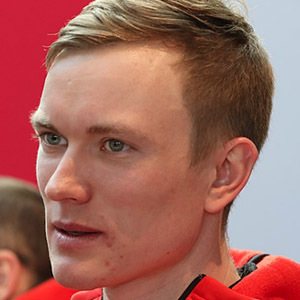 German biathlete who has competed in multiple World Cup seasons. He represented Germany at the 2015 Biathlon World Championships in Kontiolahti.

As a child he competed in children's cross-country races. He switched to biathlon when he was 7.

He holds a marketing and sales degree, majoring in industrial engineering, from the Furtwangen University of Applied Sciences.

His father is a former mountain and endurance runner, and his mother ran marathons.

Benedikt Doll Is A Member Of