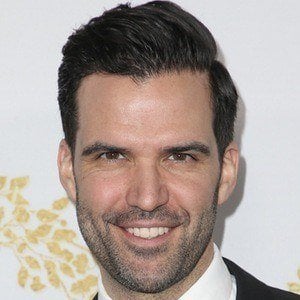 Canadian actor who became known on the CBC television series, jPod and the Gemini Award-winning series, Less Than Kind. In 2018, he would land the role of Alan Christie in Burden of Truth and in 2019, he began starring as Bruno Black on CBC's Detention Adventure.

He made his on-screen debut as a guard on the 2002 television series Jeremiah.

He was nominated for a Canadian Screen Award and a Leo Award for his role on Less Than Kind.

He grew up with family in Kamloops, British Columbia, Canada.

He has guest starred on the 2009 television series The Vampire Diaries, which starred actor Ian Somerhalder.

Benjamin Ayres Is A Member Of