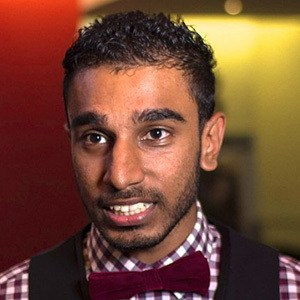 Tanzanian television host and entrepreneur who is known for his work with the Bill and Melinda Gates Foundation as part of their Digital and Financial Services team. He is known for giving youth seminars, Tanzania tourism tours, and uplifting and motivational lectures throughout the world, sharing similar uplifting content through Instagram for his over 320,000 followers.

He attended the University of Northwest - St. Paul in Roseville, Minnesota. He gained attention covering the 2012 Lindon Olympics for Tanzania. He then attended the Stanford Graduate School of Business in 2015 and later Harvard's John F. Kennedy School of Government in October of 2017.

He was born and raised in Dar es Salaam, Tanzania and was raised by Pastor Vernon and Anny Fernandes.

He worked directly with Bill Gates as a part of his foundation and shared a photo with him to Instagram in January of 2019.

Benjamin Fernandes Is A Member Of