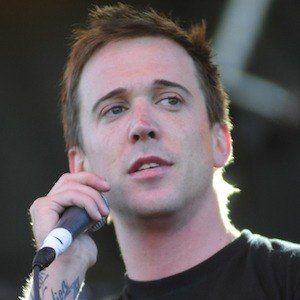 Lead singer of the punk rock band Billy Talent, the group that released hits like "Devil in a Midnight Mass."

He was a drummer for the band To Each His Own.

His band was called Pezz originally but after being threatened by a lawsuit, he renamed it Billy Talent.

He married his girlfriend of six years, Rachelle Turner, in August 2011.

Kowalewicz and Billy Talent opened for Gerard Way's band My Chemical Romance in 2008.

Benjamin Kowalewicz Is A Member Of