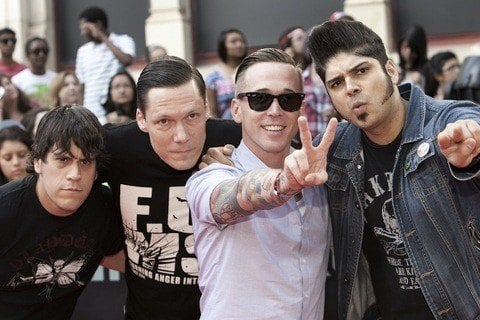 Canadian rock outfit previously known by the name of Pezz between 1993 and 1999 before finding mainstream success. They had the number 1 rock song of 2009, "Devil on My Shoulder," on Much Music's holiday wrap.

They won ten MuchMusic Video Awards and seven Juno Awards. They put out three multi-platinum albums and never had a line up change in 25 years. However, drummer Aaron Solowoniuk made the tough choice to sit out recording sessions for the fifth studio album due to a battle with multiple sclerosis.