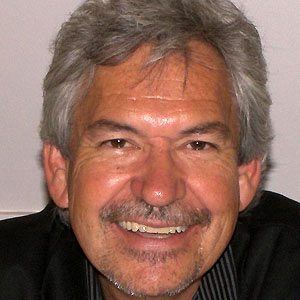 Latino-American poet, children's author, and novelist known for Calendar of Dust and Carry Me Like Water, among other works. He received both the American Book Award and the PEN/Faulkner Award.

He attended St. Thomas Seminary in Colorado and served as a cleric in El Paso, Texas before leaving the priesthood to study creative writing.

He came out as gay at the age of fifty-four and, at this time, began exploring lesbian, gay, bisexual and trans-gendered (LGBT) themes in his writing.

He grew up as the fourth of seven children and was raised on a New Mexico farm.

His novel Carry Me Like Water includes elements of magical realism, a Latin American literary tradition popularized by writers such as Gabriel Garcia Marquez.

Benjamin Alire Saenz Is A Member Of