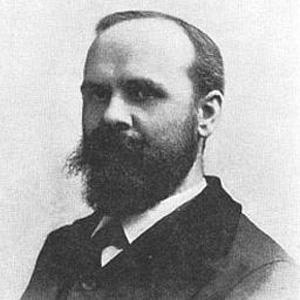 Editor and publisher of Liberty, an anarchist and individualist periodical that began in Boston and later moved to New York. He was a harsh critic of what he called the "four legal monopolies": money, land, tariffs, and patents.

He began developing his anarchist views at the age of eighteen. In 1877 he began a short-lived publication called the Radical Review.

He was a proponent of individual anarchism, which he named "Unterrified Jeffersonianism."

He was raised in South Dartmouth, Massachusetts, and he later attended the Massachusetts Institute of Technology.

Like Milton Friedman, Tucker was a famous economic theorist.

Benjamin Tucker Is A Member Of