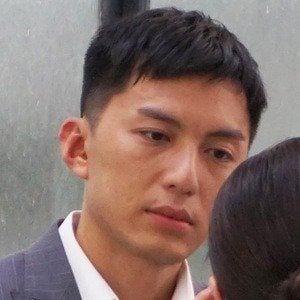 Pageant winner who rose to fame after taking the title of Mr. Hong Kong in 2007. He is also a prolific actor, appearing in television shows like The Fixer and feature films like Heat Team.

The seeds of his career began in 1997 after he won Yes! Magazine's School Grass Contest. Not long after he was contacted by a modeling agency.

He has had prominent acting roles in numerous Chinese shows including A Fist Within Four Walls, Over Run Over, and Noblesse Oblige.

In 2009, he appeared in the music video for Raymond Lam's "If Time Arrives."

Benjamin Yuen Is A Member Of