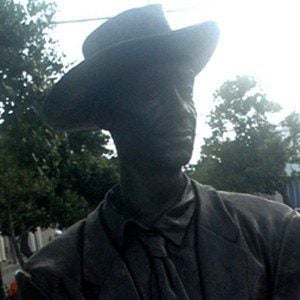 One of Cuba's greatest singers whose expressive voice and mastery of every Cuban musical style gave him international renown.

According to legend, he made his first guitar at age of six, using little more than a board and some sting, and taught himself to play it.

He spent time in Mexico, performing in the most famous cabarets of that age, the Montparnasse and the Río Rosa. By the end of the 1950s, he became a star throughout Latin America.

He was born as one of eighteen children in Santa Isabel de las Lajas, central Cuba.

After the Cuban Revolution, many of his colleagues like Celia Cruz left for America, but More lived out his days in his native land.

Beny More Is A Member Of