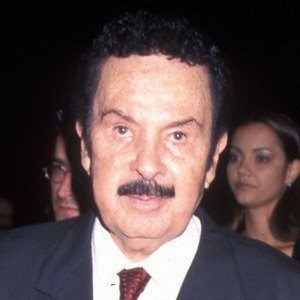 Mexican singer, songwriter and actor who made over 150 albums and appeared in 167 movies during his career.

He started acting during the Golden Age of Mexican cinema in 1952 and became the first Mexican performer to mix rodeos and concerts.

He was honored with a star on the Hollywood Walk of Fame for his contributions to the music industry.

He was married to actress Flor Silvestre, and they had two children, Pepe and Antonio.

He appeared in the 1969 western film The Undefeated starring John Wayne.

Antonio Aguilar Is A Member Of