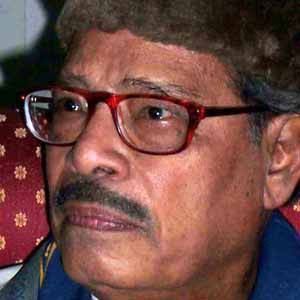 Playback singer who has sung over four thousand songs and is a two-time National Film Award winner for Best Playback Singer.

He was an excellent wrestler and boxer as a young man.

He is one of India's most-honored artists, having been awarded the Padma Shri, the Padma Bhushan, and the Dadasaheb Phalke Awards for artistic and civilian achievement.

He has daughters named Shuroma and Sumita.

He and Sonu Nigam have both won the award for Best Playback Singer at the Filmfare Awards.

Manna Dey Is A Member Of