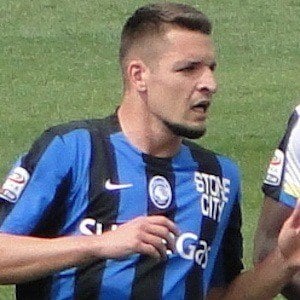 Swiss-Albanian soccer player on the Albanian national team as of 2015 who began playing defense for the Swiss club Zürich.

His youth career began with FC Zürich-Affoltern before moving over to FC Zürich in 2007.

He played the under-18,19 and 21 Switzerland national teams before debuting with Albania in 2015.

Though born in Zurich, he was born into an ethnic Albanian family from Tërnoc in Southern Serbia.

He joined captain Lorik Cana as a member of the Albanian national team in 2015.

Berat Djimsiti Is A Member Of