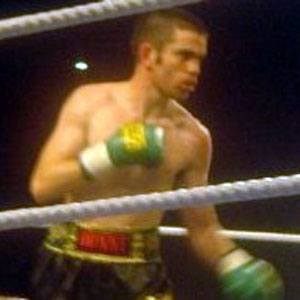 WBA Super Bantamweight Champion and Boxer of the Year at the Irish National Boxing Awards who became a boxing analyst for RTE Sport.

He beat Ricardo Cordoba to become the WBA Super Bantamweight champion in a fight that won ESPN's 2009 Fight of The Year.

He has children named Caoimhe and Finnian.

He and Japanese fighter Koki Kameda have both been champions in the Super Bantamweight division.

Bernard Dunne Is A Member Of