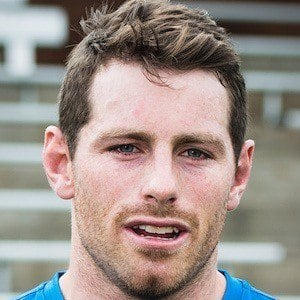 Australian rugby player who joined the NSW Waratahs in 2011.

He played rugby for Sydney University before turning professional.

He was a silver medalist while playing with the Australian Sevens rugby team.

His father, Michael, was a lawyer who once snuck out to see Bernard play right after undergoing heart surgery.

He played alongside Ed Jenkins on the Australia Sevens from 2010 to 2011.

Bernard Foley Is A Member Of