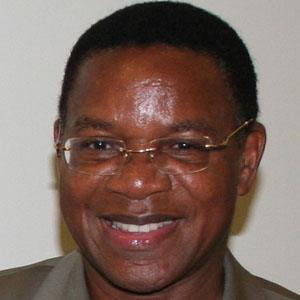 Known for his affiliation with the Tanzanian Chama Cha Mapinduzi (CCM) political party, he represented the Mtama constituency in the Tanzanian Parliament and also served as Minister of Foreign Affairs.

After earning degrees in politics from both the University of Dar es Salaam and Johns Hopkins University, he served briefly in the Tanzanian military.

In 2012, he was involved in a border dispute with Malawi over the ownership of the oil-rich region of Lake Nyasa.

A native of Tanganyika, Tanzania, he graduated from the Itaga Seminary High School.

During his tenure as Chair of the Executive Council of the African Union, Membe condemned the International Criminal Court's ruling on the controversial actions of Sudanese President Omar Al Bashir.

Bernard Membe Is A Member Of