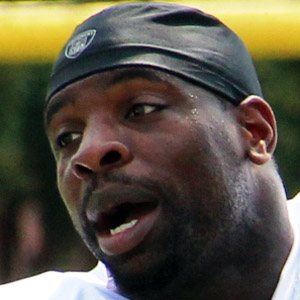 Safety who won Super Bowl XLVII as a member of the Baltimore Ravens and debuted in the NFL in 2006 for the Kansas City Chiefs.

He competed in football, basketball, and track and field at South Side High School in Indiana.

He played college football at Purdue, earning the nickname "Bonecrusher" for his ability to deliver devastating hits.

He has a son named Jaylen and a daughter named Alonna.

Pro Bowl linebacker Ray Lewis was his teammate on the Ravens.

Bernard Pollard Is A Member Of