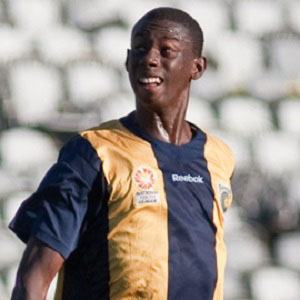 Australian soccer player who has been a standout forward for clubs like the Central Coast Mariners, with whom he won league titles in 2012 and 2013. Internationally, he has represented Australia in tournaments like the Under-20 World Cup, in which he was a key contributor.

He and his family moved from Nigeria to Australia when he was a child. He registered to play for the Earlwood Wanderers at age 6.

He was voted A-League Young Player of the Month for November 2011 and February 2013.

He has siblings named Josh and Princess.

He has been teammates with forward Nick Carle at Sydney FC.

Bernie Ibini-isei Is A Member Of